Saucy Sally in the Tale of the Terrible Sense of Humour

When younger, a lot younger, Sally worked at a holiday camp. 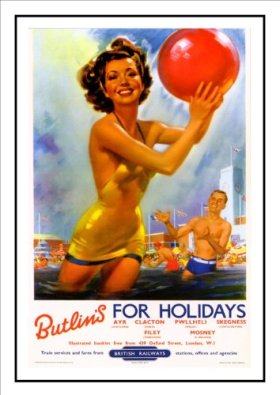 One night, when the dining hall was packed with people dressed and ready for the evening’s entertainment in the ballroom after, someone reached for a bottle of tomato ketchup without any idea whatsoever that the last person to use it hadn’t screwed the lid back on properly.

When giving it the mandatory pre-pour good shake, the lid flew off and everyone across the dining hall behind them got covered in sauce, not to mention a few in front and to the sides too.

The horror. It was like a scene out of Carrie, though this was before that had been written and made into a film so nobody made the reference, and tbf even if it had it’s still unlikely anyone would’ve, as no one present found anything amusing about it to start going round making flippant associations.

The sauce of Sally’s amusement

Sally couldn’t stop laughing; she was in absolute fits – stuck to the spot hysterical, despite the fact she worked there and should’ve been helping sort out the mess.

Everyone else got very, very angry and looked at her very red faced; though whether that was because they were covered in ketchup or due to just how angry they were was impossible to tell.

When the manager found out he called Sally into his office.

“I can’t believe you laughed,” he said, sternly.

“What’s funny about everyone getting covered in ketchup because someone forgot to put the lid back on tightly?” he asked.

“If you don’t know,” Sally answered, inadvertently giggling a bit more at the memory of what had happened. “I can’t tell you.”

“Oh, so secrets now as well is it?” said the manager, slipping slightly into a Welsh accent even though he wasn’t from there – it was the sequence of words more than anything. “I’m left with no choice but to let you go.”

“You know the drill,” he said. “All outstanding pay will be given in the form of scrumpy while you sit on the tall stool until such time you fall off. The next day scrumpy consumption will resume until you fall off the stall again. The next day the same will happen and so on until all outstanding pay has been provided via scrumpy. Of course, that is unless you’re not owed that much and manage to down it all in the first sitting. It’s been a pleasure, good luck.”

The manager raised his eyebrows. “I don’t think you realise how serious this is. The ketchup is devastated at being cast all around the dining room like that instead of put on people’s plates and eaten as a tasty accompaniment as is its idiom. Then to be laughed at in no uncertain terms to boot. Everyone else felt absolutely terrible for it. If I know sauce like I know sauce, I can assure you it won’t let it lie.”

“But doesn’t it realise I couldn’t help it?” Sally asked.

“I don’t think it cares,” the manager replied.

‘Well, that doesn’t make any sense,’ thought Sally while sat on the tall stall supping scrumpy in lieu of owed pay. If the ketchup doesn’t care, why would it bother holding a grudge? Indifference does not breed revenge.’

And so on with life Sally went not giving that side of things a second’s thought, while still either hooting with delight or tittering with joy (depending on how good a mood she was in to start with) any time she caught sight of a bottle of ketchup.

For years this went on. Well over fifty. And every time she laughed at ketchup and there was anyone nearby, she’d have to explain, in fact took great delight in doing so as it afforded another opportunity to relive the spectacle and likewise the ensuing amusement. 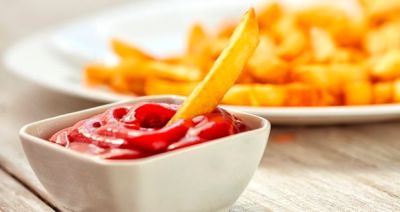 Soon, everyone who knew Sally knew her sauce story, had heard it a thousand million times. Even people who didn’t know her knew it – people who’d found themselves next to her in the supermarket sauce aisle through no fault of their own, for example.

Some people would hide all and any sauce when Sally came to stay, hating the rapturous roars of laughter she’d erupt in when seeing it, feeling the outbursts detracted from whatever serous matters might be at hand.

While others, conversely, went to all the trouble of leaving it all out, even getting fresh stuff in, so delighted were they to see their friend tickled thus even if at poor sauce’s expense.

Sauce is a patient old soul.

We all know that. It shouldn’t come as news. We’ve all seen the adverts that play on the slow leisurely way it makes its way out the bottle like its without a care in the world. It’s the reason for the squeezy bottle, for keeping it upside down; even the mandatory shake that led to the sorry mess in the first place!

It was over fifty year later (as we have seen above) before sauce decided to act.

Sally had a squeezy bottle with a big round flip top lid.

Without noticing the lid hadn’t flipped open correctly (or even all that much at all) Sally went to squeze sauce on her plate only to find that instead of land where she wanted, there was a moment’s hesitation while it instead spread across the lid. Then it cascaded over the edge to form a big circle around where she desired it dollop.

Realising what had happened, Sally looked at the sauce slathered lid and said, “I thought you were indifferent . . . Well, we’ll see – I’ll show you!”

With that Sally turned the hot tap on and gave the lid a good running under it, in the process even getting rid of some older sauce that been there quite a while, going hard and blocking the little nozzle somewhat in the process, that really needed getting rid of anyway.

So really, if anything, the sauce’s stupid lid-related antics in the name of revenge actually did Sally a favour, while also leaving absolutely no doubt about it being vinegar-spirited and vindictive.

Sally lives out her life never using ketchup again, despite having a bottle with a wonderfully clean lid in the fridge, these days preferring to cover her food with abstract metaphors instead.