Extremely saddened today to hear of the passing of Gianluca Vialli, aged 58.

During his illustrious career, Gianluca spent a couple of years at Chelsea. One game in particular sticks in my mind; though many of the reasons why are a bit bizarre.

It was a F.A. Cup match at Stamford Bridge on the 4th January, 1998; just two days over being 25 years to the day of writing this.

I was sat in the Mathew Harding stand just behind and above the goal at that end. Fifteen minutes before kick off, a guy taking a seat over in the West Stand to my right caught the eye. Removing his coat on the cold, damp winter afternoon, he then started taking the Chelsea shirt underneath it off too. As he turned to do so, he revealed that on the back it said ‘We’ above a number 8 and ‘Man Utd’ below it.

He wasn’t stripping down naked, though; beneath that Chelsea shirt, he wore another. Once removing the top one, he then walked down the steps to the advertising hoardings at pitch-side, where he placed the removed shirt over them, the back on show for all to see. I’ve never known it allowed for pitch-side hoardings to be covered, so no surprise he wasn’t back at his seat before a steward was calling him to come remove the shirt.

All this had alerted me to a bulging plastic carrier bag that he had; when finally back at his seat, a Chelsea themed cushion was pulled from it, which he then sat on.

I don’t know, but something about having so much hate for a particular team as to dedicate a shirt, while equally desiring comfort at a football match to the point of bringing one’s own soft furnishings struck me as quite the paradox.

Vialli started the game as a substitute, coming on in the 61st minute with Chelsea already 3-0 down. A couple of minutes later it was 4 and then just before the 74th minute Man Utd got a corner.

The ball had ended up in the crowd behind the goal where I sat and no one was in the mood to give it back again. But Vialli ran to the hoardings and looked into the crowd like he was willing to fight every single one of us if the ball wasn’t returned. The passion and fire in his eyes was insurmountable – he looked possessed; desire and determination radiated in endless bounds, the score line a wound to be avenged with all the power and strength he could muster. And the magnitude of what he could muster, the pure force with which it raged, was there to see for anyone who dared look back into Gianluca Vialli’s eyes.

He motioned with fiery urgency that the ball be returned; from a family in sunny Italy that had made a fortune so large he never needed to work a day in his life, Vialli put everything into getting a ball back on a cold miserable afternoon in south west London.

The ball was returned quicker that it would’ve been without the intervention and given to Man Utd’s corner taker of the time, David Beckham.

Here the story swings back to the guy with the cushion, for when Beckham went to take the corner, the guy removed the cushion from beneath his buttocks and hurled it at the Man Utd player.

A cushion! And, what with being all soft, it missed by some distance! Though the stewards didn’t, and—without said pillow returned—he was ejected from the stadium. In the highlights below, a large number of stewards can be seen in the crowd as the corner is taken.

From that corner Man Utd scored the 5th goal.

It was, without doubt, the most embarrassing game ever.

And then something quite incredible happened. In the remaining fifteen minutes, Chelsea, instead of having moral completely crushed, went on to score three goals, and very nearly a fourth (who knows where things might’ve ended up if that one had gone in).

Two of the goals were scored by Vialli. The look in the eyes wasn’t bravado or anger without purpose. He hadn’t given up in the face of overwhelming odds, but battled on; and while it wasn’t to be the greatest F.A. Cup comeback ever, that look, the precision and focus, has never left me; remaining in my mind as the greatest one of determination ever witnessed. Whenever thinking about what it means to be iron-willed and not give up, it’s still the face of Gianluca Vialli that I see. 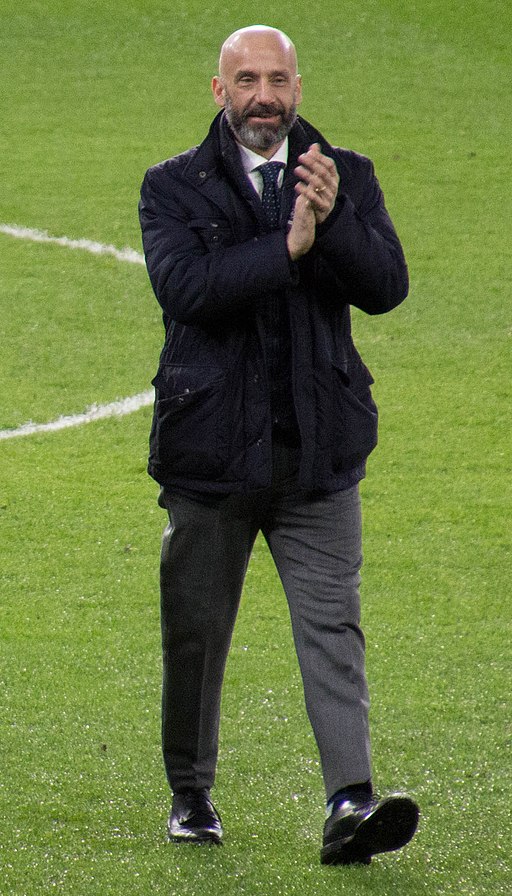