Divided into two warring factions, never have Canadians been so irate and aggressive towards each other.

For the ROTW: the man on the left has been telling ‘you people‘ what to wear.

‘Are you pro Cherry or anti?’ is the kinda question one can currently expect to be interrogated with by servers at Tim Horton’s.

Give the wrong answer, whatever it may be, and there’s probably spit in your coffee – likely an improvement, but that’s not the point.

Things are showing no sign of letting up and it will surely only be a matter of time before the UK Foreign Office issues a Canada travel warning.

The anti-Cherrys hated Don all along. ‘The final straw’ they call it. The amount of metaphorical camels’ backs broken over this on social media monumental.

No one’s mind has been changed by what he said. No one was suddenly offended by what came out of the mouth of the Don they’d always loved.

Just, for a change, Canadians are publicly talking about a public figure and finding out—shock/horror—they don’t all agree: which if you believe all the propaganda is a prerequisite of being Canadian.

The silence over Trudeau’s blackface bordered on being shocking.

In fact, it’s only now it’s getting mentioned:

‘Oh, but it’s okay for Trudeau to blackface, tho. Fucking hypocrites, eh!’

A commonly found rebuttal to those glad to see the back of Cherry even though no one in the thread prior to that point had mentioned Justin in any way, shape or form whatsoever.

Speaking as one of those ‘you people’ who did wear a poppy, I didn’t like Don from the get-go to the point he actually put me off watching hockey and is 50% of the reason I stopped. True story.

And yes, for what it might be worth, I also think he’d said plenty worse in the past. 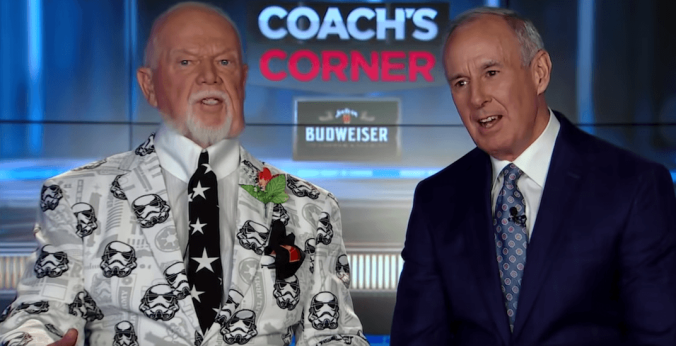 The fart is strong in this one

It’s a bizarre contradiction. Many patriotic Canadians feel Cherry speaks for them, while for the last ten years I’ve been here at least, he’s repeatedly made statements completely and utterly converse to the standards and ideals those same patriots like the rest of the planet to think of Canada as not simply upholding, but being World leaders in.

I’m told Don’s refusing to be silenced by his sacking and has started a podcast called ‘Grapevine’.

‘Cherry Vine’, Don, surely? – at least that might’ve been funny if Don hadn’t sucked the fun out of everything by having the nickname ‘Grapes’ thanks to his sour demeanour.

Where this pro-Don/no-Don will end, who can say; only thing for sure: Cherry’s sense of humour stops at attire.

An as ever garishly dressed Don Cherry with longtime co-host and pleasantly clothed Ron MacLean, followed by Bonus Feature of Justin Trudeau, Prime Minister and Undisputed Blackface King of Canada, purposefully falling down a flight of stairs:

Other posts about Poppies or Canada:

Some possibly tongue in cheek thoughts on those celebrating the latest invasion of Mars.

Following on from Fern Stone’s last guest post, where misogyny was taken to task, the poem that ‘started’ it all. 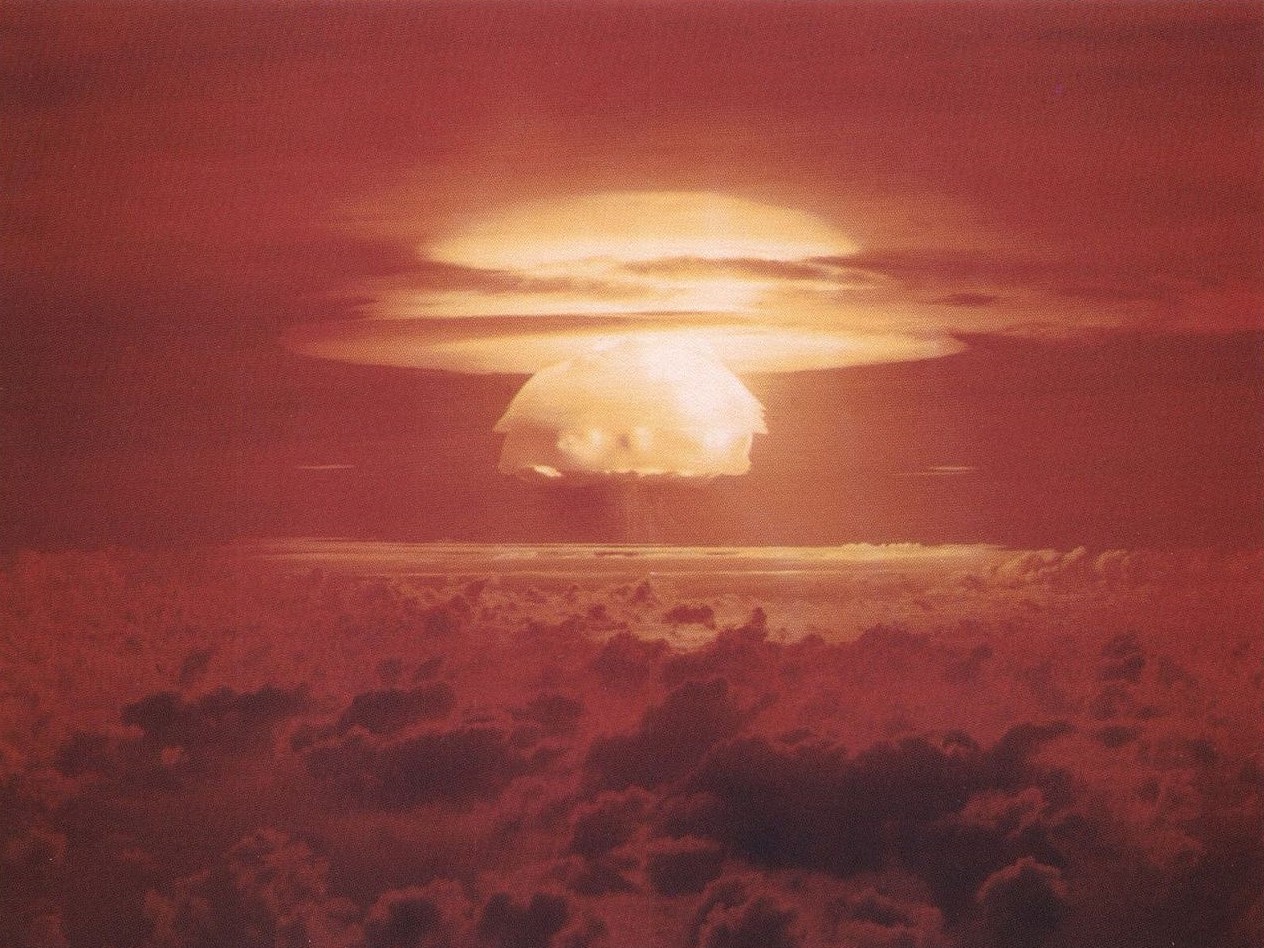 More Poetry for Pandemics, including thoughts on things that scared me when a kid