Timbuktu: located at the edge of the Sahara Desert nine miles north of the Niger River in the country Mali; though only so since incorporated into what France considered its colony of Mali in the 1890s.

Starting as a seasonal city it became permanent in the 12th century; from there soon a major—and so extremely rich—trade hub dealing in slaves, salt and gold in particular.

Like any major city brimming with riches it soon attracted religious scholars; books also became an important aspect of the trade. In the 16th century the University of Timbuktu was established, it containing numerous valuable writings and manuscripts thanks to years of accumulation.

In 1593 monarch Ahmad I al-Mansur claimed scholars disloyal and either exiled our executed them.

This was soon followed by a decline in trade thanks to the recently established trans-Atlantic trade routes, which focused on shipping.

The View from Europe:

Growing up it sounded a mythical non-existent place. ‘It was like getting from here to Timbuktu’ said as indication a journey had taken an undue amount of time; or ‘You’ve got as much chance as getting to Timbuktu’ implying no chance at all.

There’s even a vague memory of discovering it in fact real when younger and thinking it therefore a recent discovery.

Alexander Gordon Laing became the first European to get there in 1826 after a journey in which he was injured twenty–four times and lost his right hand. Literally his only reference for what the city was like came from Leo Africanus who wrote circa 1500 when the Songhai Empire was at its height, the city at its best.

Laing was killed on the return journey.

The above is known due to letters he sent back from Timbuktu; which while sounding bizarre doesn’t mean just because Royal Mail didn’t know how to get something there, the trade routes still hanging on couldn’t get something back.

Given his papers (according to Wikipedia) were never recovered at the suspected connivance of ‘the French’ it’s the only possible explanation.

That he reported finding a Timbuktu severely declined from the expected only served to add to the mystery; what on earth had happened to the mighty metropolis of legend?

The world was still a place where whole swathes of land unknown were thought possible to be found bustling with great cities of gold.

But how unique to London given the saying hasn’t been heard personally since leaving in 2000?

‘Cockney’ is a language in its own right after all.

There were other place related sayings too:

No smoke without fire: all have origins in fact: the English Civil War; Newcastle mining exactly that; an event taking place 1756.

If a 2012 BBC article is anything to go by mythical association with Timbuktu is still alive and kicking; and all over the internet too (at least it was then). ‘Who, What, Why: Why do we know Timbuktu?’ (link below) being published in response to tweets such as: 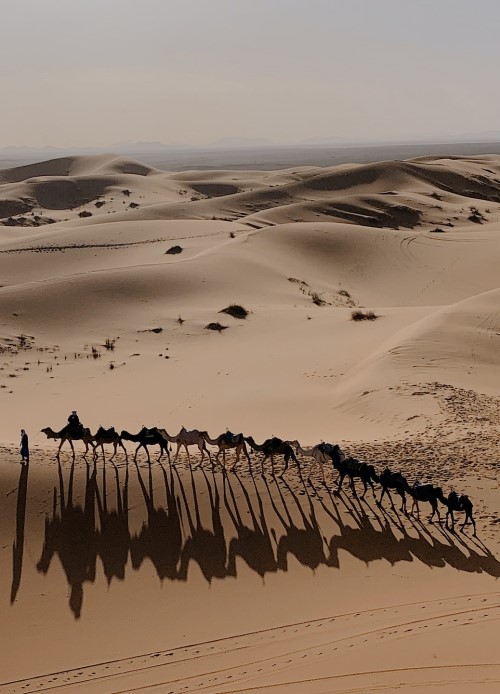 Which in turn were reacting to news the city had just been invaded by Islamists Ansar Dine (effectively a self-styled Taliban or ISIS) who placed it under strict sharia law.

Why the BBC thought it necessary to address Timbuktu’s realness in article form given those tweeting had clearly just realised it was, er, real . . .

Clumsily (well it was 2012) the article manages to maintain that ‘European loftiness’ with: ‘Before it was discovered by Europeans’ instead of a more accurate ‘Before Europeans discovered how to get there’.

Given my thoughts above there’s also irony when the article says:

“Its first documented use in this sense is dated to 1863, when the English writer Lady Duff-Gordon drew a contrast with the familiarity of Cairo.

In one of her Letters from Egypt, while in the Egyptian capital, she wrote: It is growing dreadfully Cockney here. I must go to Timbuctoo.”

I saw the film Timbuktu at the TIFF (Toronto International Film Festival) cinema; being ‘foreign language’ it wasn’t widely available in mainstream cinemas.

English is largest world language by number of speakers while third by native speakers. Percentage wise that third equals approximately 15 to 20% of the world’s population.

Plenty for most native English speakers to think there’s enough quality media in their own language so why care about anything that couldn’t be bothered to make an English speaking effort.

With much in the music collection that while sung in English is also done so in a way no one could ever understand, it’s a strange thing to hear especially when the person saying it is likewise a fan of the vocal farmyard that is Grindcore.

French film ‘Cuties’ (2020) was released on Netflix with dubbed as the default audio setting.

Perhaps the problem in this instance is it isn’t Grindcore?

Perhaps, but Netflix recently had an acclaimed foreign language film set with a dubbed version as the default.

There’s also the other side: English speaking artists have much greater chance of penetrating ‘other language’ markets; people in those areas who don’t speak English at all become accustomed to this and, at least in the case of music, will enjoy it regardless.

A point Italian singer Adriano Celentano wanted to make in 1972 with the song ‘Prisencólinensináincıúsol’. Apart from the words ‘all right’ the rest is nonsense intended to sound like American-English.

Celentano is stated online to have made the record to show Italians would buy anything with that sound regardless of it being gibberish, while elsewhere he’s quoted more in terms describing it as an artistic audio experiment.

Truth is not disparaging; it’s a bangin’ tune that’s had great success around the world, even being used in a 2017 episode of Fargo.

The voice doesn’t have to sing words to be an integral part of a song (neither does it need to sing: imagine Tubeway Army’s ‘Are Friends Electric?’ without Gary Numan talking).

Films, though, are at a greater disadvantage, being up against more than unrealised xenophobia. As a rule, people want to watch films not read them: if they wanted to read, they’d get a book, etc, etc.

Some of the Best Films are Never Seen Paradox:

Non-English films, like an Independent, aren’t beholden to any of the Hollywood formula; comic book superheroes don’t have to save the day while utility vehicles on busy streets are lifted tail end into the air as they’re hit in the rear by some explosive or other.

For it a film can me magical in any which way it wants, yet it will still be at a disadvantage compared to an Independent, never mind a ‘Hollywood blockbuster’, when it comes to reaching a larger audience.

Thinking of Hollywood and what a film about Islamist terrorists might involve is a long way from Timbuktu.

Directed and co-written by highly distinguished African filmmaker Abderrahmane Sissako, Timbuktu is a film from the perspective of the people who were there when the terrorists turned up; it’s their story not America’s.

And for it it’s an unforgettable masterpiece wonderfully summed up in the trailer above. The cinematography is breathtaking. The way the story told gently paced, while equally edge of seat.

Football is banned, and so the young lad feigns ignorance of the bouncing ball when realising its terrorists asking if it’s his. The match that takes place is without one, yet the choreography is such it convinces otherwise.

And, of course, there is the incredible North African music: also banned. An aspect of which being Desert Blues.

Is a genre born of traditional North African music, perhaps Maghrebian to be precise. It has traceable roots back to 1979 when Ibrahim Ag Alhabib formed a band with other Tuaregs living in Libya as exiles.

Its story is most unusual heard for a genre of music, for it possibly might never have come to full fruition if not for the man Ronald Reagan called ‘The Mad Dog of the Middle East’, Colonel Gaddafi.

In 1980 then Libyan leader Gaddafi offered young Tuareg men living there illegally the opportunity to receive military training. Ag Alhabib and his bandmates took him up on the offer.

The nine months training put them in good stead to answer a 1985 call from leaders of the Tuareg rebel movement. It was then that more musicians were met and the collective Tinariwen formed with the aim of creating music relating to the struggles of the Tuareg people.

In 1989 Tinariwen moved back to Mali. A year later the Tuaregs revolted against the Mali government, with some members of Tinariwen actively participating as rebel fighters. Peace came in 1991.

A song recently played on BBC Radio 6 got my attention. In essence Desert Blues it had something else going on; a slight increase in tempo reaching the realms of Rock.

It turned out Songhoy Blues, while not from Timbuktu precisely lived plenty close enough to have to flee their homes due to the events shown in the film.

The track getting airplay being ‘Barre’ from 2020 album Optimisme, Songhoy Blues’ third album, following Résistance (2017) and Music In Exile (2015).

Across Optimisme a lot happens while remining rooted in the Desert Blues vibe. Aspects of Funk, Punk and Afrobeat are found on an album that just doesn’t stop giving; it’s not just a toe-dipping but full-on submersion into the genres; terms used in videos like ‘Afrorock’ are fully merited.

Songhoy Blues has all the necessary potential to be genre establishing if they aren’t already.

The term has been used in the native English speaking world of Rock for some time now in relation to an offshoot of Stoner/Acid/Psychedelic, particularly in reference to the ‘Palm Desert Scene’ a group of artists in Southern California who like to jam in deserts.

Due to the obvious retention of Desert Blues it feels a natural progression; but equally it would be an injustice to simply lump Songhoy Blues in with a group of artists who, while within the Rock sphere, have an obviously different sound.

Given Optimisme’s opening track ‘Badala’ a play on the term ‘sirocco’ might be most appropriate: Something like one of the following perhaps?

From Beale Street to Timbuktu:

‘Barre’ the track first grabbing attention. Someone in the Songhoy Blues camp is aware of the obstacles the language barrier might bring; many of the videos feature subtitles.

More Music from Me:

Donations/tips are super appreciated; they can be made via PayPal to the email address npryan.tips@gmail.com or paypal.me/TipNPRyan

One thought on “From Beale Street to Timbuktu”

There are two types of people in the world and I encountered both today without seeing the face of either.